Purchase any Professional Series Yamaha Drum Kit and/or Snare Drum during the promotion period of November and December 2017 and receive a corresponding set of Protection Racket cases free of charge.

Yamaha Music Europe UK is pleased to extend this amazing promotion for sales of their award-winning professional series of drums. Teaming up with the world-renowned UK drum case company Protection Racket, Yamaha has created a scheme to provide a corresponding soft case free of charge to protect the new drums. This is a considerable promotion designed to add value and make sure Yamaha’s new drums are given the best protection available. The promotion is valid for Yamaha’s professional range of drum kits and snare drums including the new Tour Custom, Live Custom, Absolute Hybrid Maple, Recording Custom and PHX series.

To apply for this promotion simply advise your Yamaha authorised dealer when you complete your purchase and they will arrange the order of your cases for you. 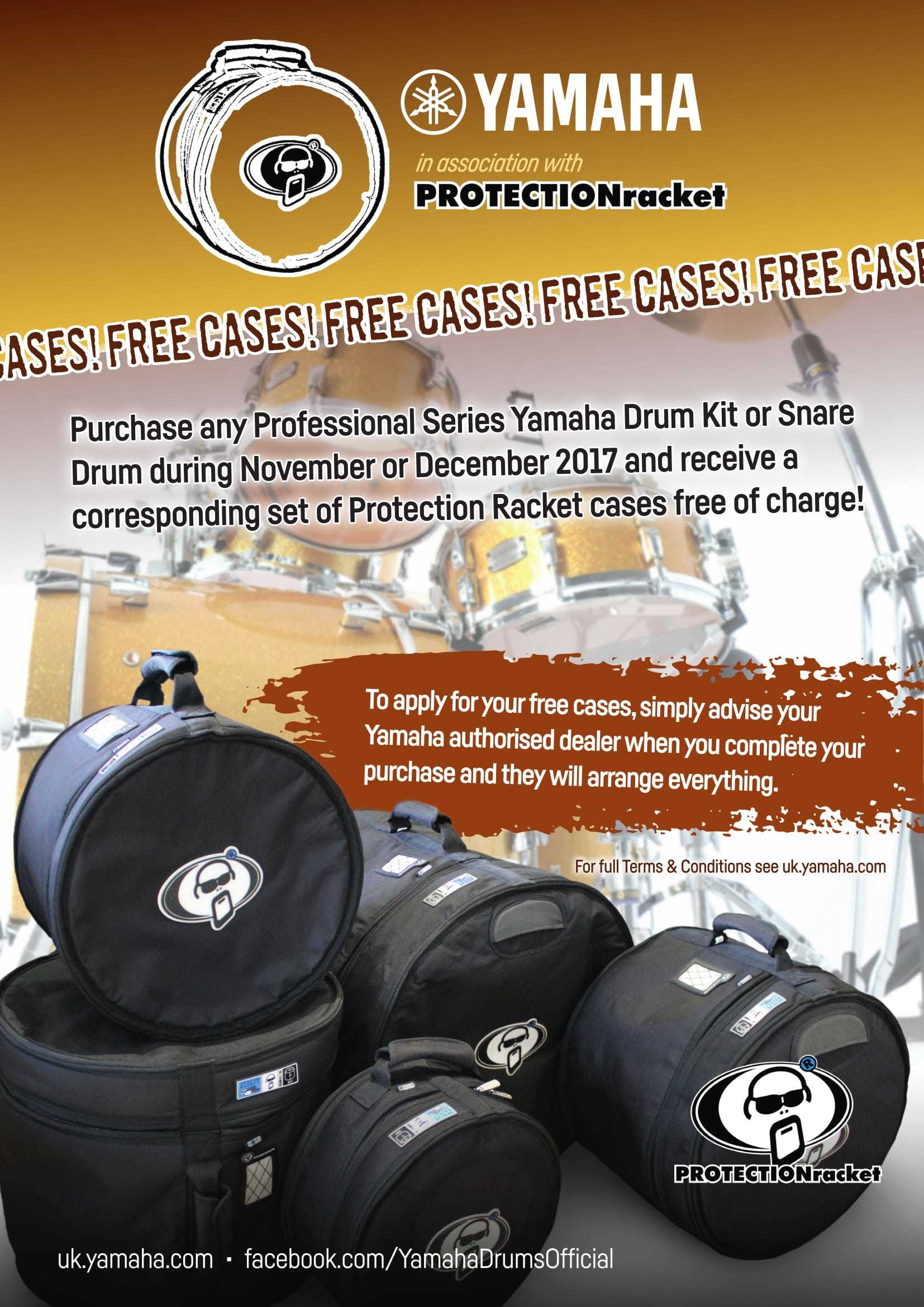 • This promotion event is open to natural persons which are residents of the United Kingdom and R.O.I aged 18 years and over.

• The promotion will run from 1st November 2017 to 31st December 2017. After this date no further participations to the promotion will be permitted. o The rules of the promotion and how to enter are as follows: The consumer buys any Professional Series Yamaha Drum kit during the promotion period at a local authorized YAMAHA dealer in UK and receives a corresponding set of Protection Racket cases free of charge. o The promotion is valid for Yamaha’s professional range of Drum Kits and Snare Drums including Tour Custom, Live Custom, Absolute Hybrid Maple, Recording Custom, PHX series. Any used/display/demo models are excluded.

• By entering this promotion, any consumer accepts these terms and conditions.