Following the repeatedly selling out of multiple vinyl pressings from his first releases, London´s up and coming musician Alfa Mist has announced the release of his new album “Structuralism” on April 26th. Before it´s highly anticipated arrival, you can watch this stunning 3-part live performance of his first single “Retainer” featuring the new Yamaha CP88 stage Piano as his main keys.

Despite his skills as a blossoming musician and rapidly growing fan base, Alfa describes himself on his Bandcamp page as simply a ‘producer/composer’. After growing up with grime and hip-hop, Alfa's roots can be traced through Dilla and the Roots, back to Miles Davis and Avishai Cohen. He later became obsessed with the atmospheric film scores of German composer Hans Zimmer. Alfa Mist’s own work creates a similar soulful vibe packed with heady emotion that you can also hear on the pre-release ´Retainer’ that showcases both his hip-hop roots and his flair for dramatic jazz soundscapes. 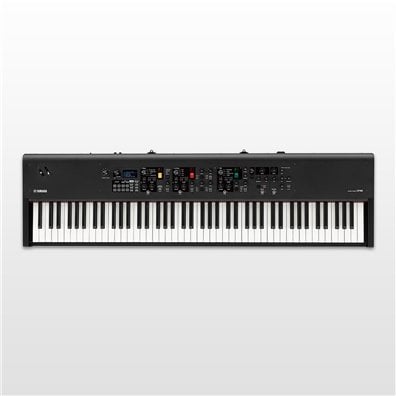