Katrina Marzella has been hailed as the leading baritone horn player of her generation. Her musical development owes much to the rich brass band heritage she encountered growing up in West Lothian, Scotland. Katrina now lives in Manchester and has played with many of the UK’s most accomplished bands. She currently plays solo baritone with Black Dyke Band.

Katrina has received recognition for her ensemble playing and was awarded the ‘Best Soloist’ title for her performance with Black Dyke at the 2014 European Brass Band Championships held in her home country of Scotland. She also became a Double Champion with Black Dyke when they won the 2014 British Open Championships and 2014 National Finals in the Royal Albert Hall.

In 2005, she became the sole brass player in the UK to be awarded a BBC Fame Academy Bursary. Katrina is passionate about the baritone horn and used this funding to commission new original solo repertoire for the instrument from some of the genre’s most prolific composers. Many of these works are featured on her debut solo CD, eponymously entitled Katrina, which was released to critical acclaim in 2009.

Katrina is a Yamaha Artist and was delighted to be involved in the development of the Neo series baritone horn. The resulting instrument - launched in 2014 after five years of extensive testing and research - has been welcomed by players the world over as the baritone of choice for quality of manufacture, majesty of sound and unrivalled projection.

Katrina studied at Postgraduate Level at the Royal Northern College of Music in Manchester. She graduated with a distinction in performance and received the Harry Mortimer Award as the Brass Student of the Year. Katrina is also an honours graduate of the University of Glasgow, where she read a degree in law. Katrina currently works as a solicitor with Weightmans LLP in Manchester. 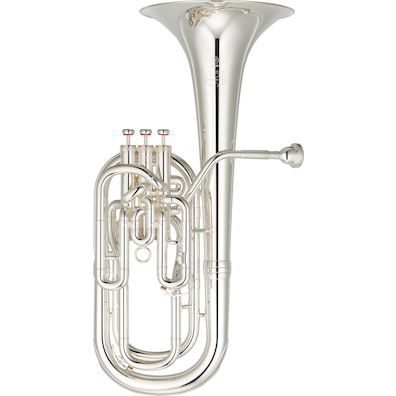