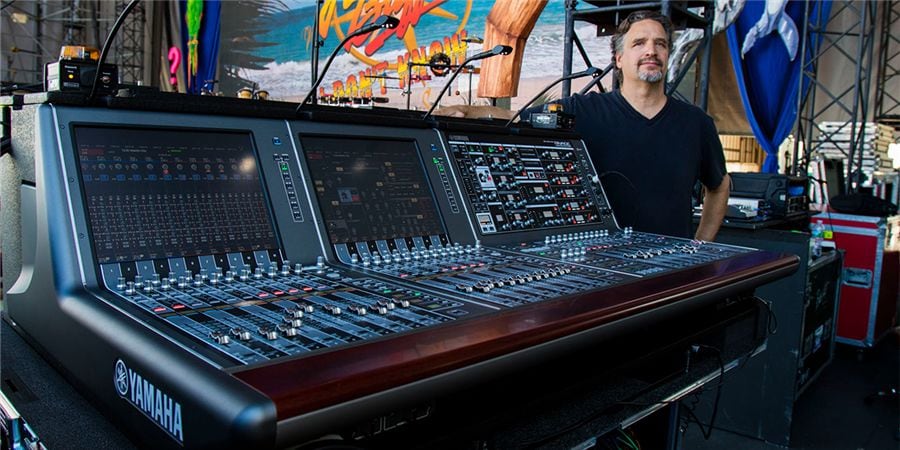 BUENA PARK, Calif. (August 25, 2016)—Sound Image of Escondido, CA with offices in Nashville, Tenn. and Tempe, AZ has been providing sound reinforcement touring services to the industry’s hottest rock, country, and pop acts for over 45 years. Additionally in 1991, they established the Sound Image Integration Division working for commercial, industrial and institutional customers within the context of audio design/build installation projects.

Prior to the summer touring season, the company added a new Yamaha RIVAGE PM10 Digital Audio Console to their already massive production inventory. It is currently being used by Sound Image monitor engineer, Bill Szocska on the Jimmy Buffett and the Coral Reefers “I Don’t Know” 2016 tour. 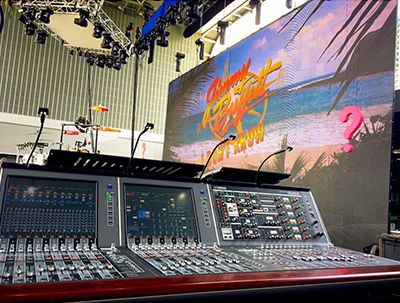 “Billy has been using Yamaha consoles since 1999, beginning with the PM4000 for Jimmy Buffett, and the following year moved up to a PM5000, states company president, Dave Shadoan. He also mixed two No Doubt tours using a PM5000 in 2004, and several gigs, such as the GRAMMY™ Awards and stints at the Grand Ole Opry using the PM1D. Back then, the engineer needed VCAs and subgroups, and with the PM1D, Yamaha had made great inroads. That console led to the development of the PM5D that we continued to use while waiting on ‘the next big one’ from Yamaha. Since 2006, Billy had been using a 5D-RH as his go-to console.”

Shadoan said they knew that eventually a new Yamaha console would be coming, and provided input to the company on what eventually would become the RIVAGE PM10. “We have had a very long history with Yamaha so adding the PM10 to our inventory was an obvious choice. We knew that if what we had envisioned became everything we thought, it would be the next big thing. I was a big proponent of the new console, and when we saw it fully functional at InfoComm 2015, we knew it had everything we had hoped for. If I were mixing on a digital console, the PM10 would be the one I’d mix on. It’s great.” 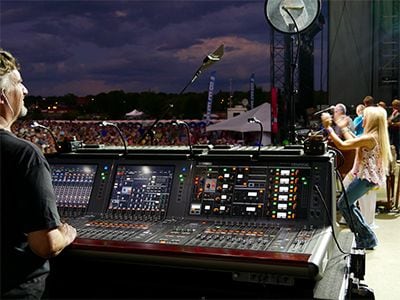 “I have got to say that I’m really liking the PM10; the console takes the ‘Yamaha’ sound to another level. The layout is fantastic and the workflow is really easy, says Szocska. I love having everything at my fingertips, and being able to work on a channel in a particular mix location is such a time saver. It’s very fast. Access to my matrices have never been this fast. I select a matrix, set up my band mix, and with a crewmember using a secondary pack downstage where I have my level, l’m already routed. I can also use my matrix for a back up band mix. The console is really versatile, and moving to the PM10 this year has been truly magnificent.”